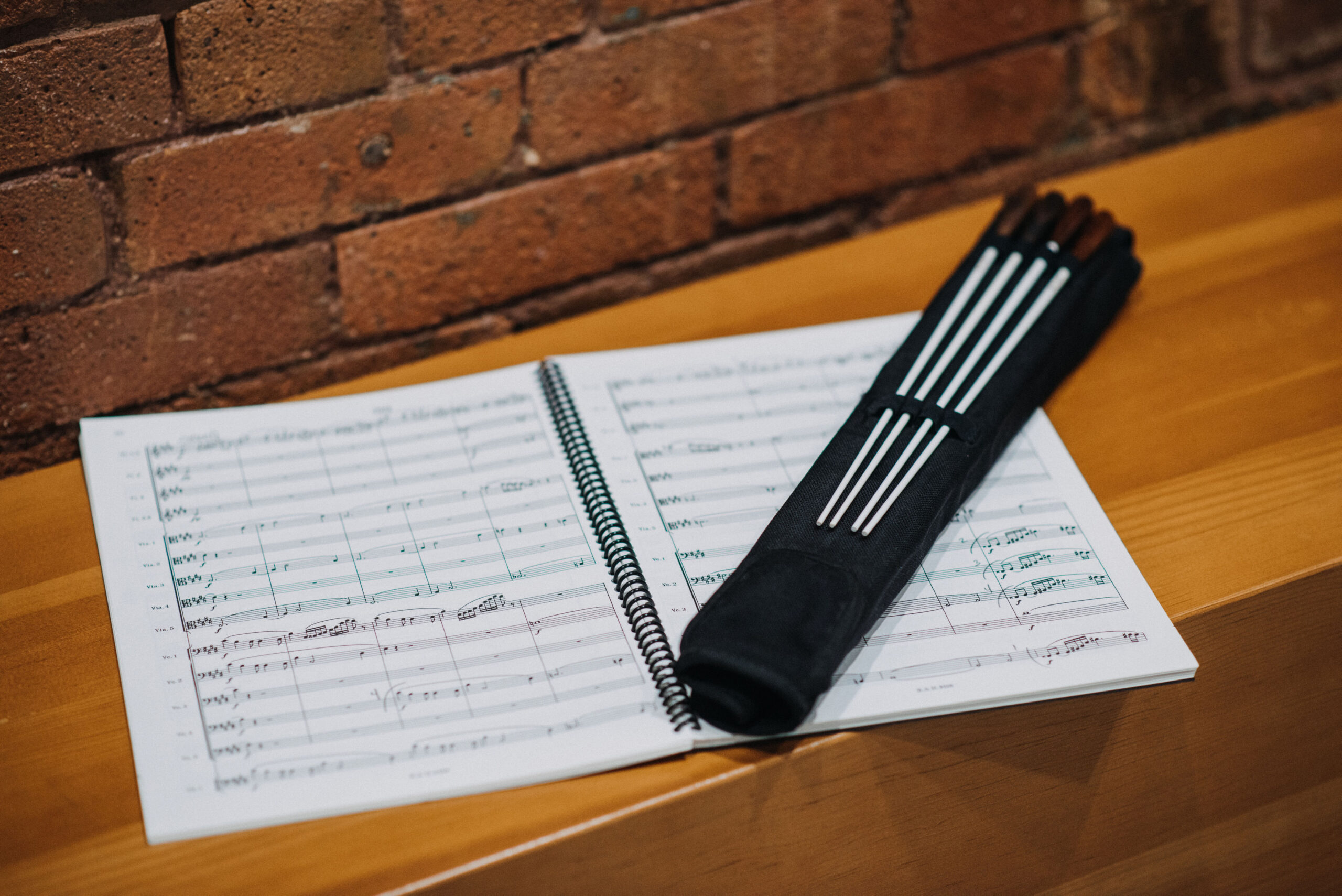 Music Director of the Windsor Symphony Orchestra since 2013, Franz is a leader in a vibrant arts community. The partnerships he has developed and fostered throughout the community as well as his versatility in programming led to being recognized by The Windsor Endowment for the Arts with its Arts Leadership Award. Faced with the challenge of maintaining an active and successful arts organization in the face of a pandemic, the past two seasons have included two curated digital concert series that he led and hosted. Both series include his trademark music introductions, interviews with guest artists and composers, and a celebration of multiple works by composers of under-represented populations. Recent collaborations include the Windsor International Film Festival, Art Windsor Essex, Canadian Historical Aviation Association, Windsor Public Library, St, Clair College and the University of Windsor. In 2017 he led the first bi-annual Conductor’s Guild Workshop with the Windsor Symphony Orchestra to train conductors in the art of creating and presenting effective student concerts. Through his work the WSO has become a catalyst for a wide variety of artists in multiple genres and disciplines.

Acclaimed conductor, Robert Franz, recognized as “an outstanding musician with profound intelligence,” has held to three principles throughout his career: a commitment to the highest artistic standards, to creating alliances and building bridges in each community he serves, and a dedication to being a strong force in music education. As Music Director of the Windsor Symphony Orchestra, Associate Conductor of the Houston Symphony, and Artistic Director of the Boise Baroque Orchestra, he has achieved success through his focus on each of these principles.

His appeal as a first-rate conductor and enthusiastic award-winning educator is acclaimed by critics, composers and audiences of all ages. Composer Bright Sheng praised Franz for his “extremely musical and passionate approach towards music making.” Franz is in increasing demand as a guest conductor, having collaborated with the Cleveland Orchestra, Baltimore Symphony, St. Louis Symphony, Rochester Philharmonic, North Carolina Symphony, Phoenix Symphony, and Italy’s Orchestra da Camera Fiorentinas. 2021 marks his debut with the Detroit Symphony Orchestra.  His versatility has led to performances with a wide array of artists, including James Galway, Joshua Bell, Rachel Barton Pine, Chris Botti, Idina Menzel and Judy Collins as well as his work with composers such as John Harbison, Jennifer Higdon and Jordan Pal. An eloquent speaker, Franz recently presented a TEDx Talk entitled Active Listening and Our Perception of Time.

Music Director the Windsor Symphony Orchestra since 2013, Franz was recognized by The Windsor Endowment for the Arts with its Arts Leadership Award. Faced with the challenge of maintaining an active and successful arts organization in the face of a pandemic, the past two seasons have included two curated digital concert series that he led and hosted. Recent collaborations include the Windsor International Film Festival, Art Gallery of Windsor, Windsor Public Library, Canadian Historical Aviation Association, and the University of Windsor.

Franz’ serves as Artistic Director of the Boise Baroque Orchestra where he successfully launched an outdoor summer concert series at the Chateau des Fleurs in Eagle, Idaho. Curated digital concert series, partnerships with Opera Idaho and the Boise Philharmonic Master Chorale as well as with various educational institutions have been a hallmark of his time at BBO.

As Co-founder and Conductor of the Idaho Orchestra Institute, now in its sixth year, Franz takes young musicians on an exploration of major orchestral repertoire that explores the complete musician.

In addition to his current posts, Franz served as Music Director of the Boise Philharmonic from 2008-2016, and the Mansfield Symphony (OH) from 2003-2010. When not on the podium he can be found on the slopes, skiing slowly and carefully, stretching in a yoga class, and non-competitively trying his hardest to win at a game of cards with his family.

With a rapidly ascending career, Francisco appeared frequently as a guest conductor for orchestras all across Mexico. Francisco graduated with honors with a Bachelor of Music in piano performance and Master of Music in conducting from the School of Music at the University of Veracruz and has recently earned his Doctorate in Musical Arts in Orchestra and Opera Conducting from Arizona State University (ASU). Passionate about sharing music with new audiences, Francisco offered community outreach concerts with OSJEV and music appreciation workshops in various states of Mexico.

In addition to conducting, Francisco is passionate about Mexican traditional music such as Son Huasteco, drinking good coffee in the company of wonderful people, and reading a great book! Francisco enjoys food from different cultures, which keeps him on the lookout for new culinary experiences!

Dr. Kotowich has presented at the Iowa Choral Directors Association Summer Conference, the National Convention of the American Choral Directors Association, North Central ACDA Regional Conferences, and the NDSU Symposium: Music of the Americas. Dr. Kotowich has published in the Choral Research Memorandum Series through Chorus America, is the editor of a choral music series for Alliance Publishing, and is now the Editor-in-Chief of Anacrusis, Canada’s Choral Journal.

Conductor Laureate, John Morris Russell continues to devote himself to redefining the North American orchestral experience. Music Director of the Windsor Symphony Orchestra between 2001-2012, Maestro Russell is currently his eleventh year as conductor of the Cincinnati Pops Orchestra, one of the world’s most iconic pops orchestras. Music Director of the Hilton Head Symphony Orchestra in South Carolina since 2012, Mr. Russell leads the prestigious Hilton Head International Piano Competition; he also serves as Principal Pops Conductor of the Buffalo Philharmonic Orchestra.

As Music Director of the Windsor Symphony Orchestra, he conducted over forty world premieres many of which were presented on seventeen national broadcasts for CBC Radio 2, and the orchestra’s first nationally televised production for the CBC series “Opening Night”. His recording of Prokofiev’s Peter and the Wolf with the Windsor Symphony Orchestra earned Mr. Russell and the WSO its first Juno nomination for “Best Children’s Album” in 2008.  Maestro Russell has contributed six albums to the recorded legacy of The Cincinnati Pops Orchestra, including recent releases Voyage (2019) and American Originals 1918 (2018) for which he was awarded a GRAMMY Nomination for “Best Classical Compendium”. His world premiere recording of Blind Injustice, with Cincinnati Opera was released in February of 2021.